Crafting has never been quite my thing. I'm acting too much on impulse and too little on careful planning to get really nice results. My crafted things always are a bit sloppy and come with a whole bunch of imperfections. I still like most of them.

I made this notebook as a refill for my leather journals - find out more about those here - and to give the 500 sheet ream of Neusiedler Japan Post which arrived at my doorstep lately some perspective of ever being used up. 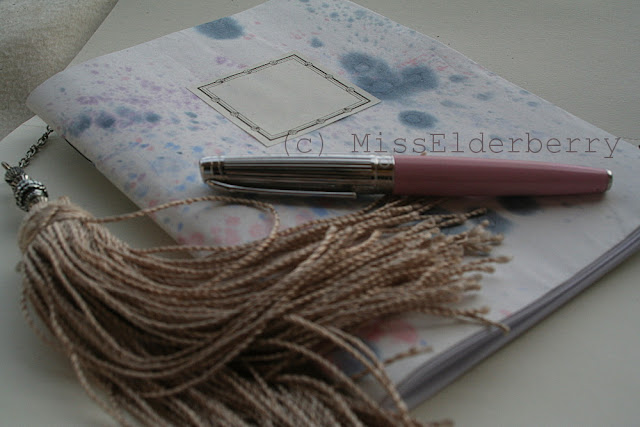 Japan Post is awesome by the way, mine is the 80 g/sqm weight which is still amazingly fountain pen friendly, with a tiny bit of tooth and a pretty watermark. It's made in Austria and should be widely available in Europe. It only comes in white.

For the notebook I took about 30 sheets of Japan post. Before folding them I made sure to arrange the sheets so the watermark wouldn't always be on the same side. This way I wouldn't have one half of the notebook without any watermarked pages and the other half full of those. It may sound silly, but I like it that way. ;) 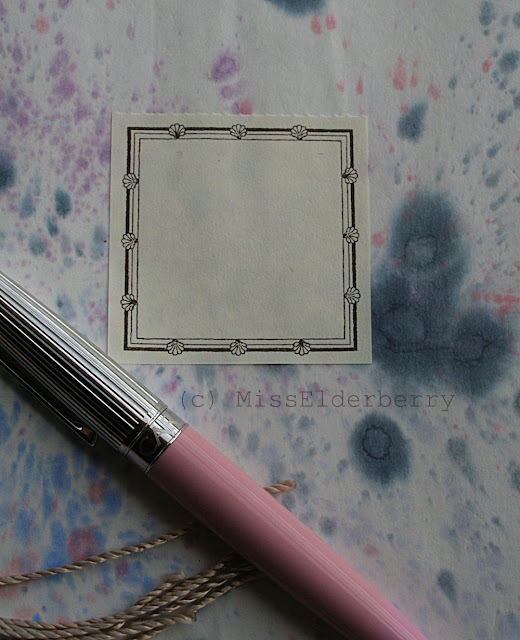 For the cover I used a leaf from a wall calender and covered it with some Washi paper which I had decorated with watercolor sprinklings. If you soak the paper first, the color sprinkles will spread nicely. I really like the soft and romantic shades of the watercolors on this paper.

As the cover looked a little too plain by itself I added a ready made label. 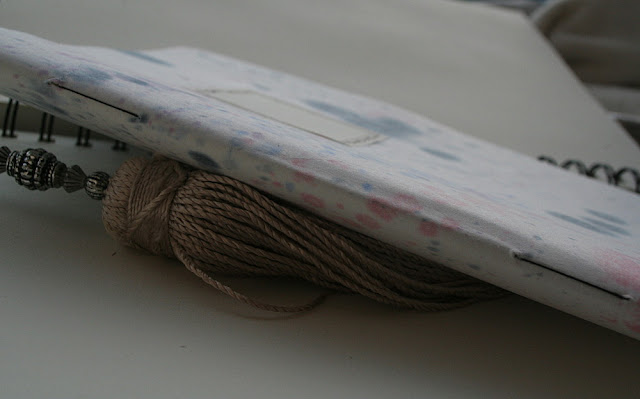 After everything was ready I folded sheets and cover - it worked better for me to fold the sheets in small portions, then put them together as opposed to folding the whole wad at once - then punched 4 holes into the spine with hammer and nail and threaded some thick sewing yarn through them. Feels nice and secure and should hold up until the notebook is full and hopefully for some time afterwards. 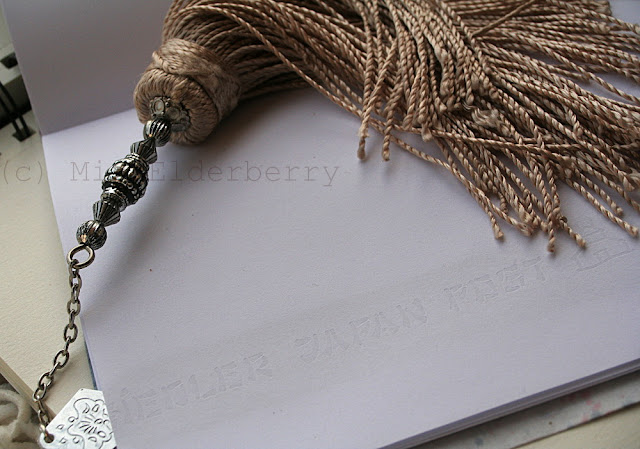 The next notebook might get some nice grid printed on the pages. The only problem is I found that some laser printers seem to make paper extra slick and less enjoyable with fountain pens.

Pictures also starring a Caran d'Ache Leman in pink of which I will show some more pictures in due course!

Have you ever made your own notebook? What are your experiences? What did you like most about them?

Posted by MissElderberry at 7:56 AM