Another bartering opportunity presented itself when I asked Volker (PenParadise) whether he wanted to trade some of my bookbinding work for a TWSBI Vac which I had coveted for a while. He agreed so as a part of the trade I made this journal in deep royal blue and radiant orange, some of his favorite colors. 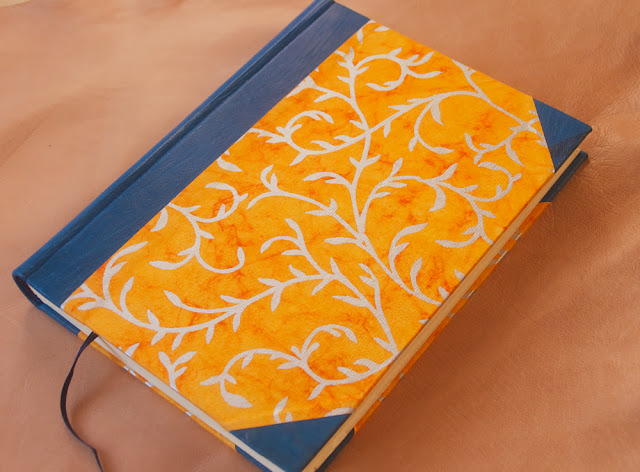 The leather is some veg tanned and rather pricey oasis goatskin. The grain and surface are marvellous but it's much too thick for good results so there's a lot of paring to do beforehand. Luckily I own a Schärf-Fix (which is tricky to master but oh so powerful) now but even so I spent what felt like hours working on it, carefully skiving off layer after layer. It's so easy to produce holes and ruin the piece. Didn't happen here though - phew. 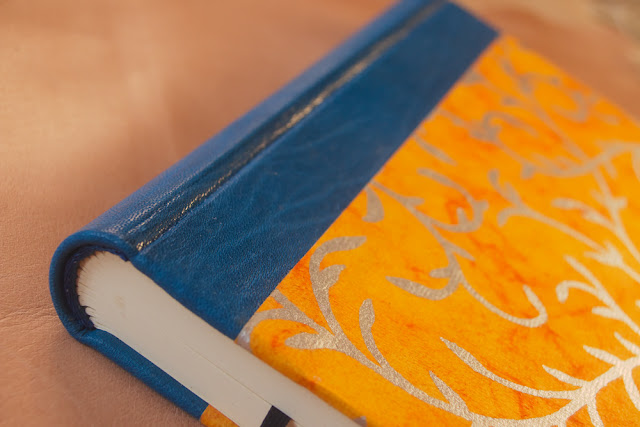 Inside there's chamois Karstadt System Inkjet paper with a custom printed dot grid. I hope Volker will put it to lots of use!
Posted by MissElderberry at 8:57 AM