Went to meet some fountain pen friends and one of them wanted to see some Omas pens, so I grabbed them and took a family photo.


Only after I had packed them I realized I'd forgotten the Bibliotheque Nationale. Bummer.

I think the Extra Lucens is the star of the bunch though its partial transparency looks only half as great when empty.

Backdrop: My new and gorgeous pen wrap! It's still a little blotchy from the leather oil but that should have resolved itself by next week, then I'll show it in all its glory. 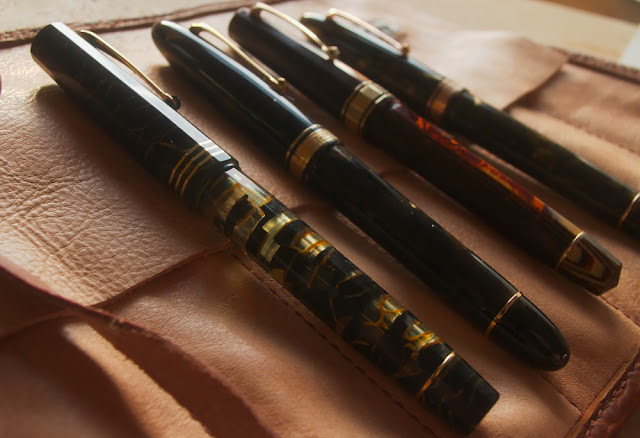 Posted by MissElderberry at 8:28 PM