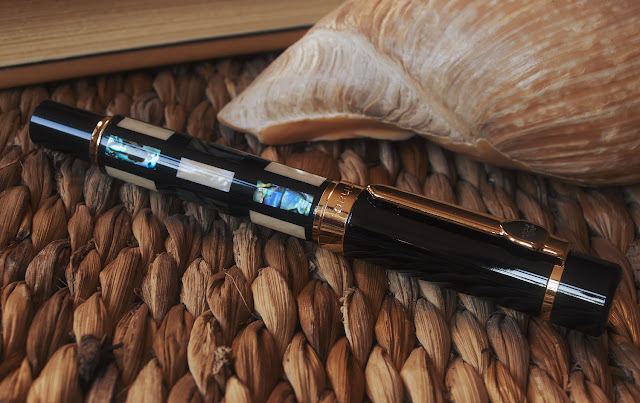 I love mother of pearl in pens! So when a fountain pen friend ordered some of those Jinhaos from China I asked him to get one for me too. There wasn't a lot to read about it beforehand but I still didn't regret the purchase - the pen is far from flawless but the price is hard to beat! 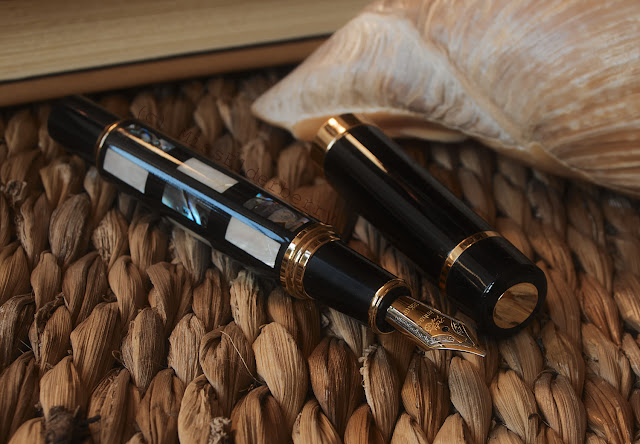 It's a large and heavy model (66 g capped) but fairly usable uncapped (44 g). Cap and barrel are made of metal and covered with black lacquer. The lacquer quality is so-so, mine has had some scratches from the start, but it's alright if you don't look at it too closely.

The section is covered with matte resin, probably in order to improve the grip which isn't too great. My fingers tend to slip towards the nib after writing a few lines. 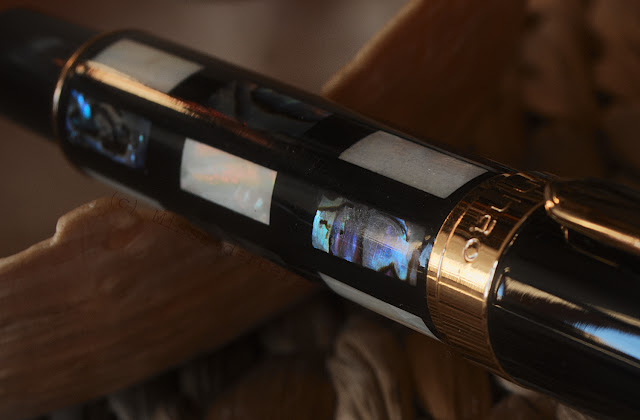 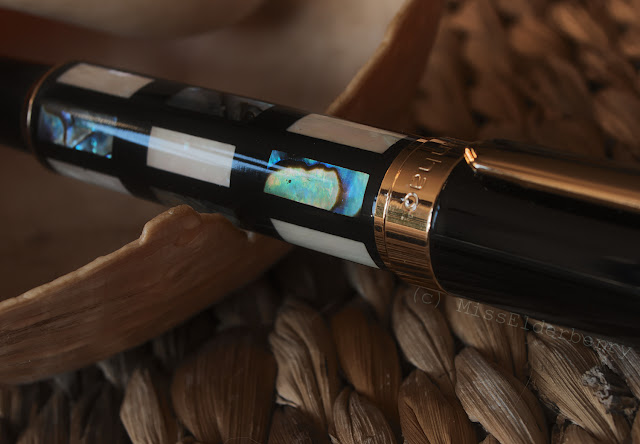 As you can see the barrel is covered with stripes of white and abalone sea shell. There also seems to be a model with abalone shell only which I would've liked even better. Still it looks pretty (even if slightly on the kitschy side, lol). I would've loved to own that pen as a little girl, I probably would've felt like a princess while doing my homework! 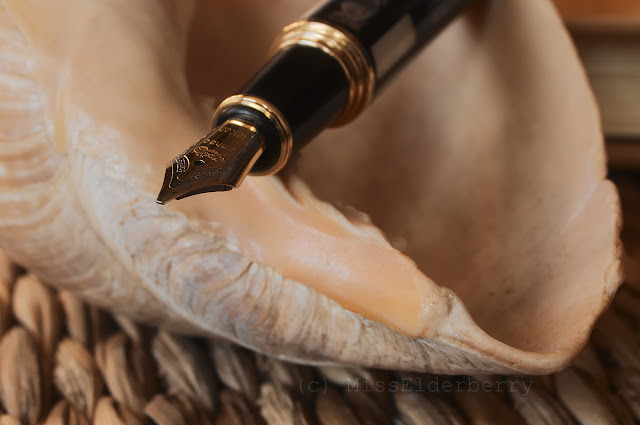 The best part of it: Its two-tone steel nib, reground to cursive italic by Volker (Pen Paradise) and a really, really nice writer. Thanks again, Volker! 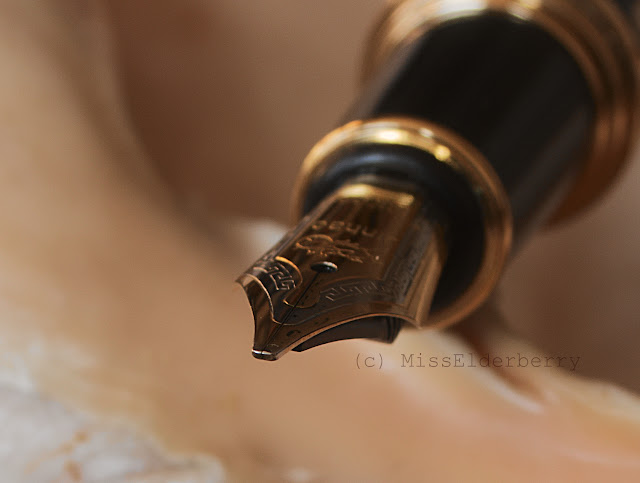 How do you like the Jinhao Pearl?
Posted by MissElderberry at 10:04 AM